Back to StoriesThe proposal of Sydney and Tyler - City Views 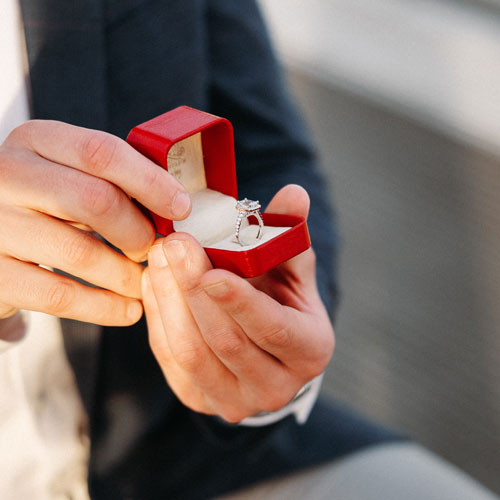 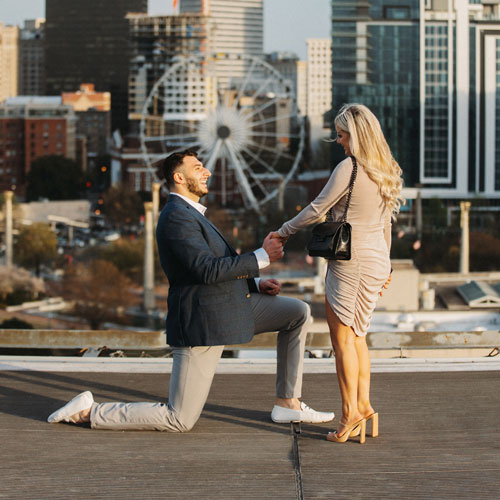 Tyler and I met in Atlanta, Georgia at Georgia Tech. We both has a 3 hour long masters class in cybersecurity. I sat in front of him and he played dumb acting like he didn't know where the football stadium was, in hopes I would walk with him there. Little did I know the football stadium was the only place he knew how to find. His plan worked and three years later we are ENGAGED! 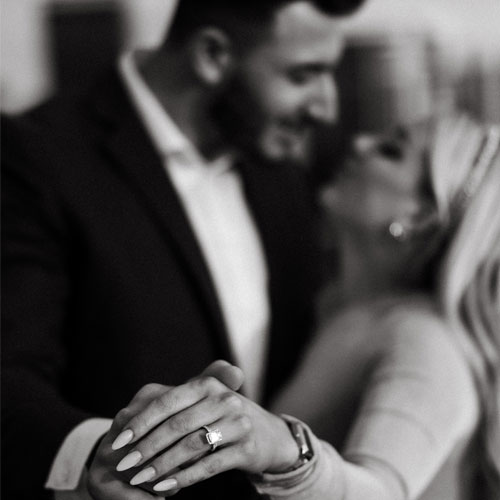 Where, when and how did he propose?

He proposed on March 30th, 2022 at Ventanas on a helipad with 360 views of Atlanta, the place we fell in love!

Tyler had told me we were headed to a Georgia Tech donor event where he was supposedly speaking on how teamwork contributed to his success. When we got there we were greeted by the owner of the building and he said they were not yet ready for Tyler to "speak." So we headed up the elevator and when we reached our floor, the owner told us he was going to check and see when they would be ready for us. He said in the meantime we should head up to the roof and check out the view since he was going to be 5 or 10 minutes. So me being completely clueless thought "this is dangerous but sounds cool, let's go!" When we got to the helipad we were met with a team of photographers and videographers and Tyler simply stated "It's time for my speech!" Tyler got down on one knee and made all of my childhood dreams come true. He proposed right in front of the ferris wheel where we had our first date! It was nothing short of magical and I can't wait for a forever with my Prince Charming.


Tell us about your ring!

A white gold Scott Kay ring with an emerald-cut center stone. There is a halo of diamonds surrounding the center stone and going down the side of the shank.

The Staff At Rummele's Is Amazing! They Helped My Fiancé Design And Create The Ring Of My Dreams! We Will Be Going Here For All Of Our Jewelry Needs!